6th Street
There is a reason Austin is considered the Live Music Capital of the World and the downtown Austin music scene is it. Well, that and Austin City Limits (ACL) and South by Southwest (SXSW) and a few dozen other music events. 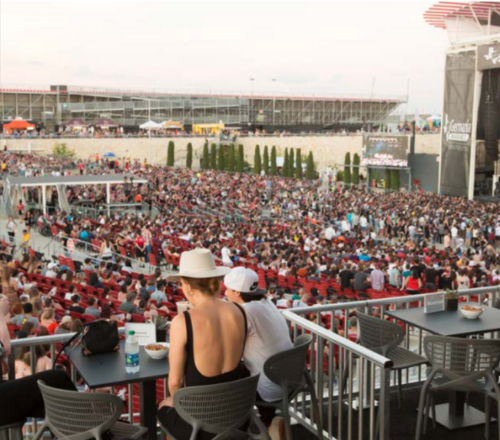 Austin City Limits
For over 33 years, Austin City Limits has presented live music to audiences across the world. The award-winning series spotlights artists of every musical genre; from rhythm and blues to rock, jazz, and alternative music.

Austin City Limits Music Festival
Kind of like how Peyton Manning's career has eclipsed that of his father, Archie Manning, the ACL Music Festival has grown to the point that when someone mentions "ACL", they are probably talking about the music festival. Dozens of local acts play ever year and the festival has also featured headliners like Pearl Jam and the Foo Fighters.

AustinSinger.com
This site has information on local bands, clubs, Karaoke venues, local DJs and KJs, and events in Austin.

Eeyore's Birthday Party
You may have heard of the slogan 'Keep Austin Weird'. This may have been the event that started that. Happening since 1963, this festival honors the birthday of the eternally depressed donkey, Eeyore, from A.A. Milne's Winnie the Pooh series and features tons of live music, food, drink, and drum circles. The raised goes to benefit local non-profit organizations.

Frank Erwin Center-University of Texas Austin
A popular music venue and the home of the Texas Longhorn Men's and Women's basketball teams.

Lone Star Bluegrass Band
Named the "Best Bluegrass Band" by the Houston Press Music Awards two years in a row.  Go to their web site to book them for your next event.

SXSW (South by Southwest)
SXSW is an annual March music festival that has grown to include independent films, comedy, gaming, emerging technologies (techie stuff) and a myriad of other cool stuff.